Another great song, by a favourite band of mine, Wilco. The song originally appeared on the album Mermaid Avenue, which consists of new musical settings of old, previously unpublished, Woody Guthrie lyrics.

To play the song you need the G, D, and C chords. Just play 2 bars (or 8 beats/strums) on G, 2 bars on D, 2 bars on C, and 2 bars on G again. This 8 bar chord progression then just repeats for the entire song. The chord/lyric chart can be found below. Download it here. 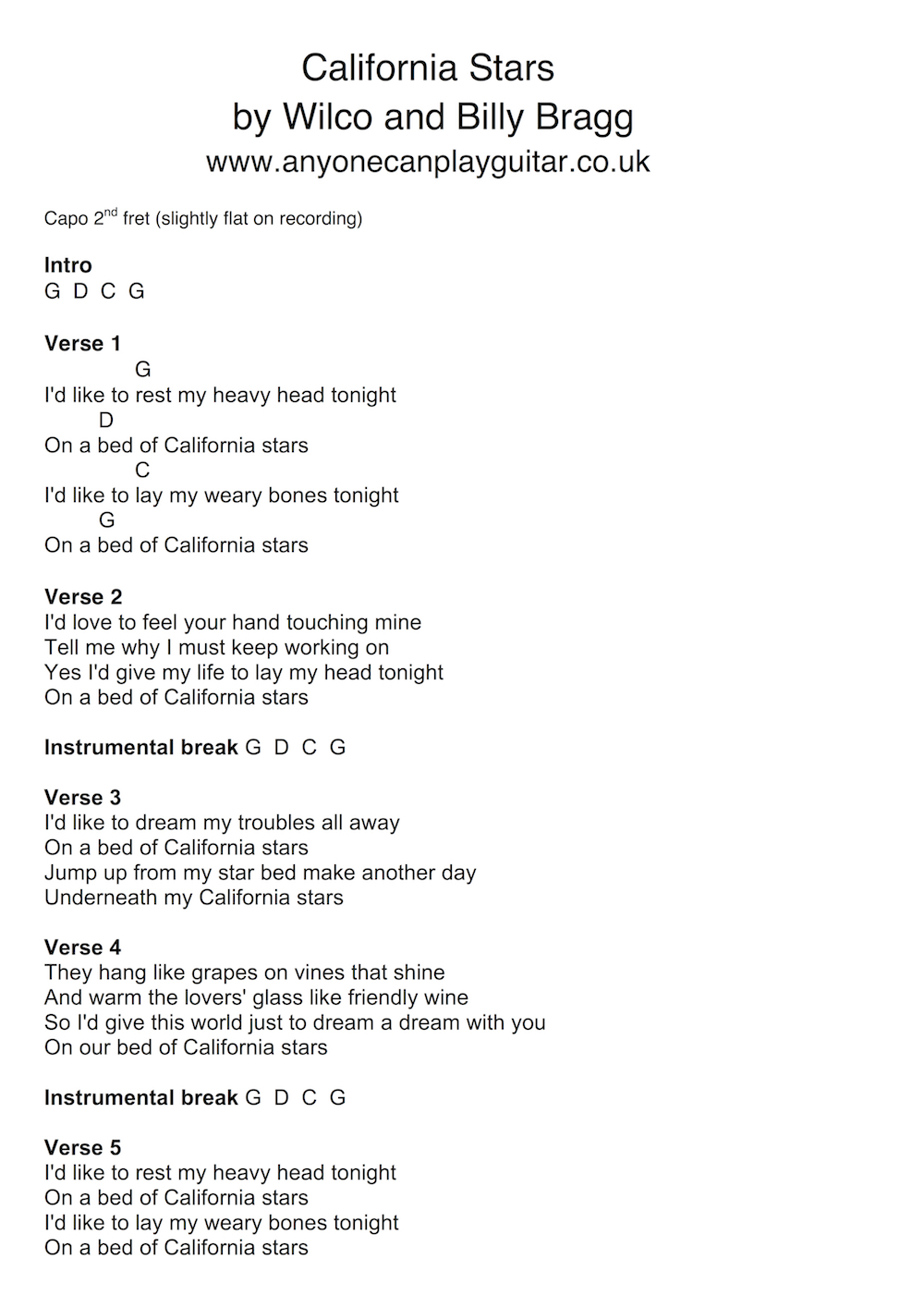 A quick word about capos

As I explain in the lesson, a capo is a commonly used device to change the key of a song. Basically it’s a little clip which presses down all the strings at a given fret to make the entire guitar sound a bit higher. The beauty of this is that you can play exactly the same chord shapes and have them sound higher.

Many guitarists, especially singer-songwriters, use capos. It’s a great way to change the key of a song so it suits your voice, or just to change the character of the guitar’s sound.

When Wilco play this song live, Jeff Tweedy uses a capo placed at the second fret. On the record, he probably does the same, though the recording is a bit flat for some reason. (Maybe they tuned up by ear in the studio; maybe the tape machine was running a bit slow.)

It would be worthwhile for you to buy a capo, as they’re used on a lot of different songs. I recommend either a Shubb, or a Kyser brand capo.

Next lesson: The most useful strumming pattern in the world