I always get tons of requests to look at more Johnny Marr, and I’m finally relenting with this look at a beautiful Smiths B-side from 1984. Fingerstyle folk is not the first thing that pops into your head when you think of Johnny Marr, but it’s fairly well-known that he’s a fan of this style of music; in particular he’s an admirer of Bert Jansch. Here’s Johnny talking about Bert’s 1974 album LA Turnaround:

“I already had a certain facility and knew what I wanted to do. But someone gave me this album – and this is after punk, so it was quite a broad-minded thing to do in those days – with the tagline, “There you go, hotshot, with your Johnny Thunders shit – let’s see if you can get your head round that.” And I must confess it was one of the few times I actually sat down and thought, “Wow, I’m either gonna have to work this out, or give up.” I told Bert that when I got to know him. And after he came and stayed at my house the first time, I saw afterwards that he’d gone through my records and signed it for me. Which was a really beautiful thing.” (from The Guardian.)

So here’s my take on the song. I’ve written out the music/tab below as accurately as I can. The original recording is double-tracked with some teeny differences between the left and right-speaker parts. The structure is simple: Intro-Verse1-B1-Verse2-B2-Outro. Verse 2 is just a bit longer than the first. Want a high-quality, totally unauthorised PDF of the music? Click here.

Check out the video for some pointers on the picking hand. No right or wrong here though as long as it sounds good, so experiment and see what works for you. 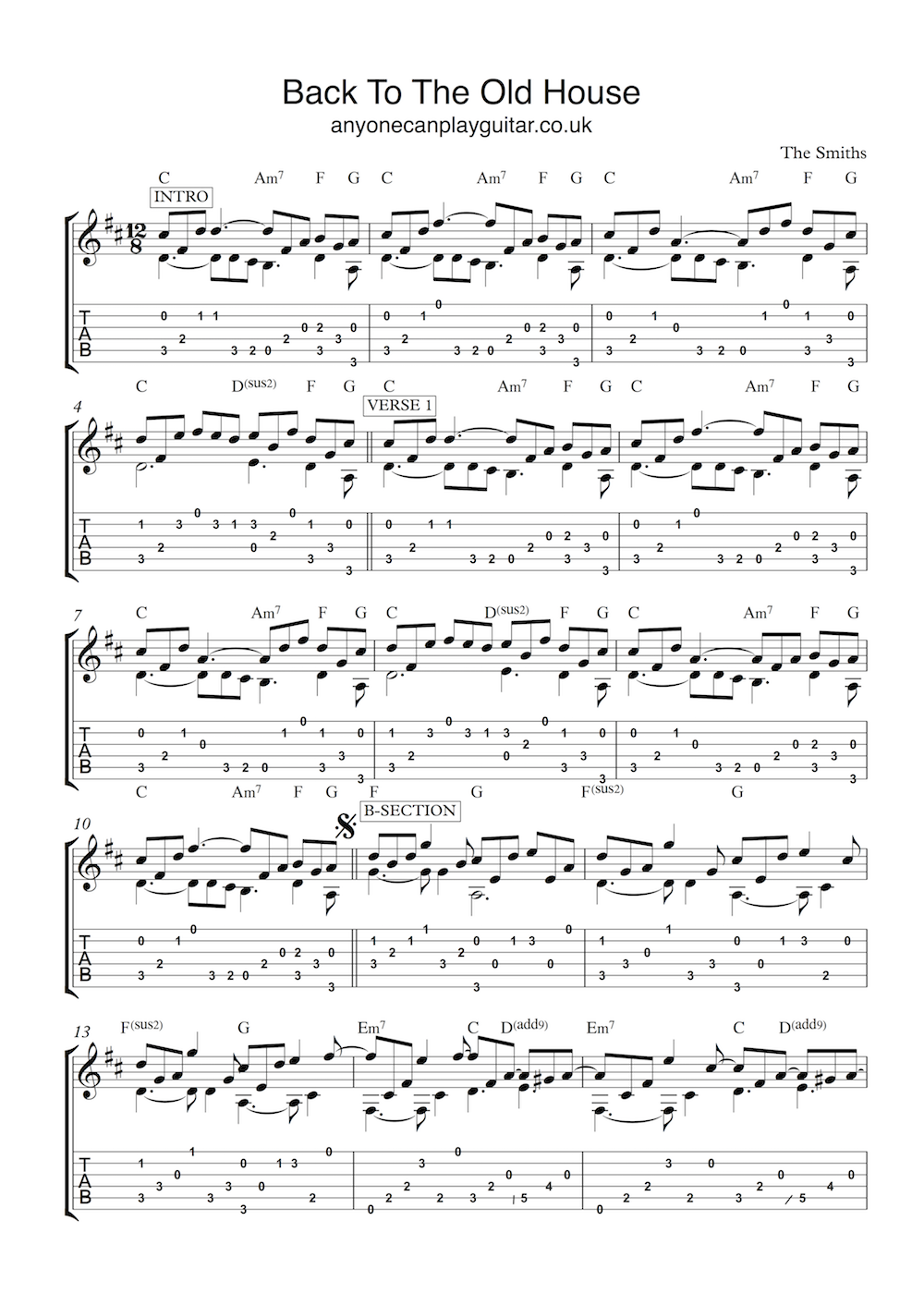 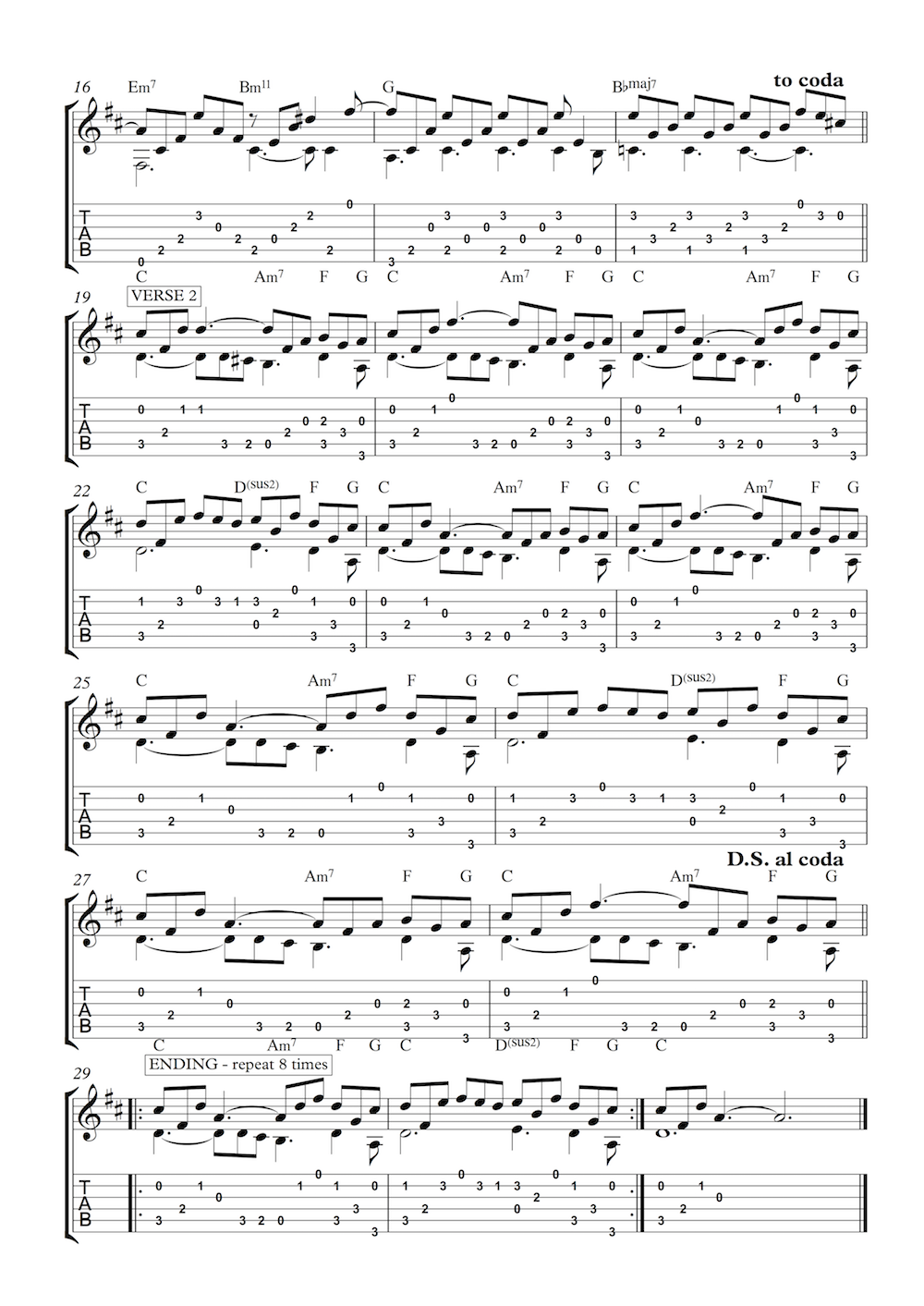 For this one I’m using my lovely Martin D28, recorded with an Audio Technica 4047 mic, into a Great River Pre-amp then Pro Tools. Bit of compression, EQ and reverb added in the computer.

Check out my lesson on Smiths classic This Charming Man.