So I’ve finally got round to looking at a bona fide guitar classic. It’s one of those songs that everybody seems to play slightly differently (that includes Chuck himself who in the live performances I’ve checked out never seems to play it the same way twice). So what I’ve done is gone back to the original recording, to try and get the definitive answer to how it should be played. As an exercise I think it’s fun to try and get as close as possible to how Chuck plays it here, but really it’s up to you how far you want to take it. Probably the most important thing is to play with a bit of style and attitude, and not to worry too much about every last detail of the original.

Notice how the original recording is made up of two different guitar performances. It sounds to me like there’s one continuous guitar part, probably laid down by Chuck live with the band, and then there’s another overdubbed layer of lead guitar which comes in and out at various points during the song. The intro is in fact made up of two different guitar tracks: the first four bars are the original live guitar take, then the overdubbed lead guitar takes over as the band kicks in, and the other guitar switches to playing rhythm. I’m combining both the lead guitar parts into one here.

The music/tab is written out the below. Download high-quality PDF here. 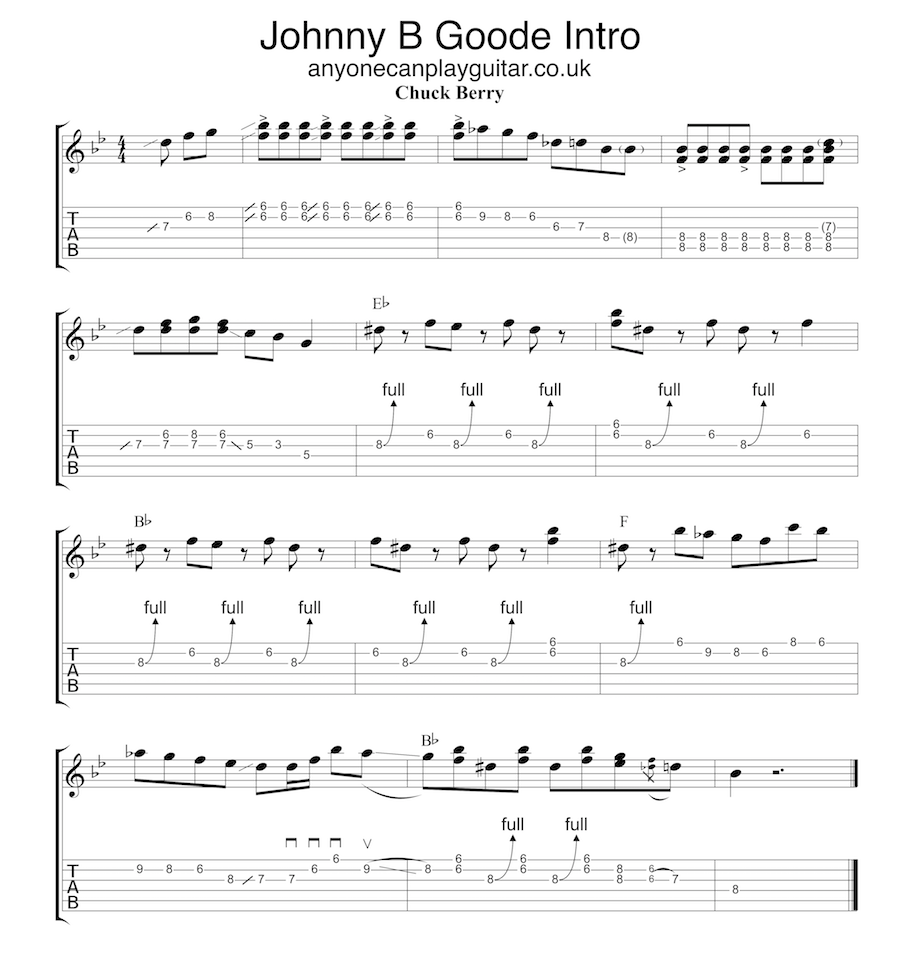 Then onwards to Part 2…